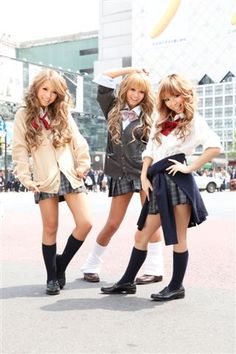 Have you heard of Japanese term ‘gyaru'(or gals)? In 1990s and 2000s it was hard to see the main street of Shibuya without many groups of gyaru. Gyaru fashion is represented by dark tanned skin, bleached harid, super long and decorated nails, and thick makeup. Since its crazy high popularity, a lot of gyaru fashion magazines were generated and some of their models became idols at last. It is hard to deny that gyaru fashion doesn’t exist in Japanese society anymore only because its reduced numbers.
END_OF_DOCUMENT_TOKEN_TO_BE_REPLACED